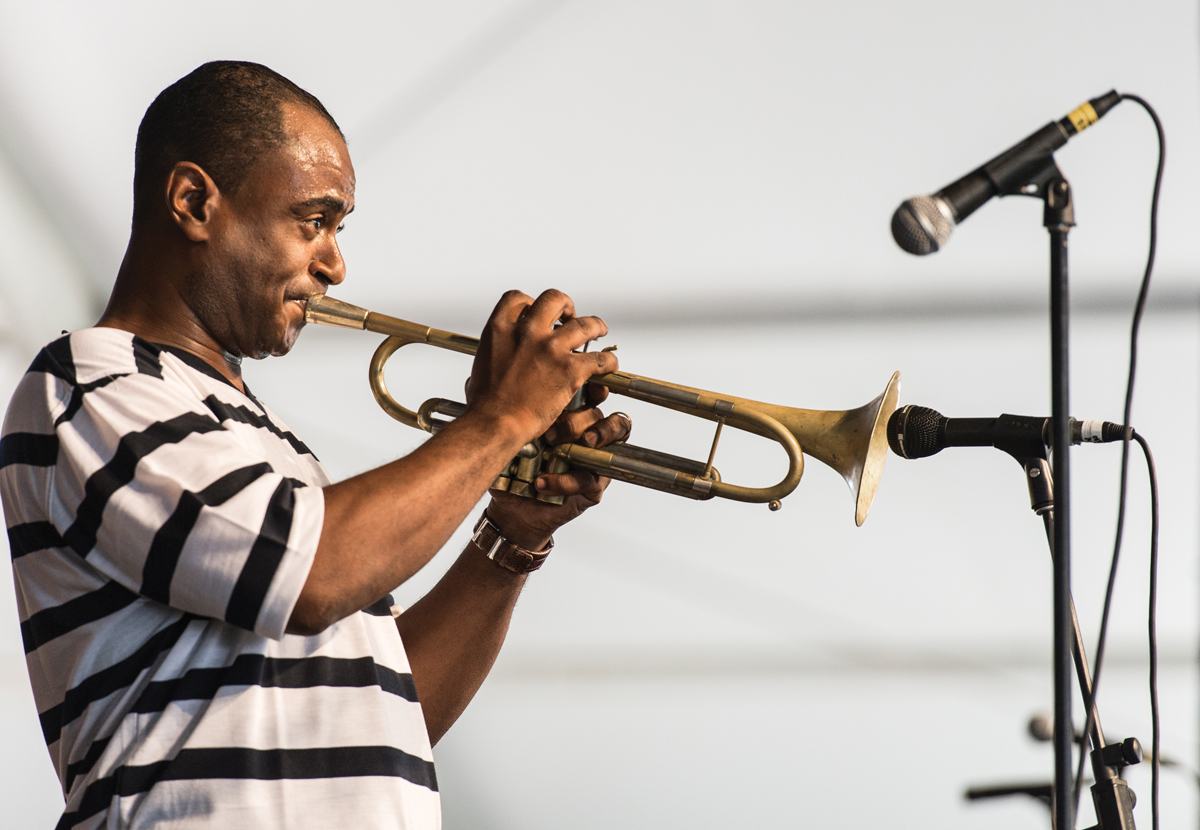 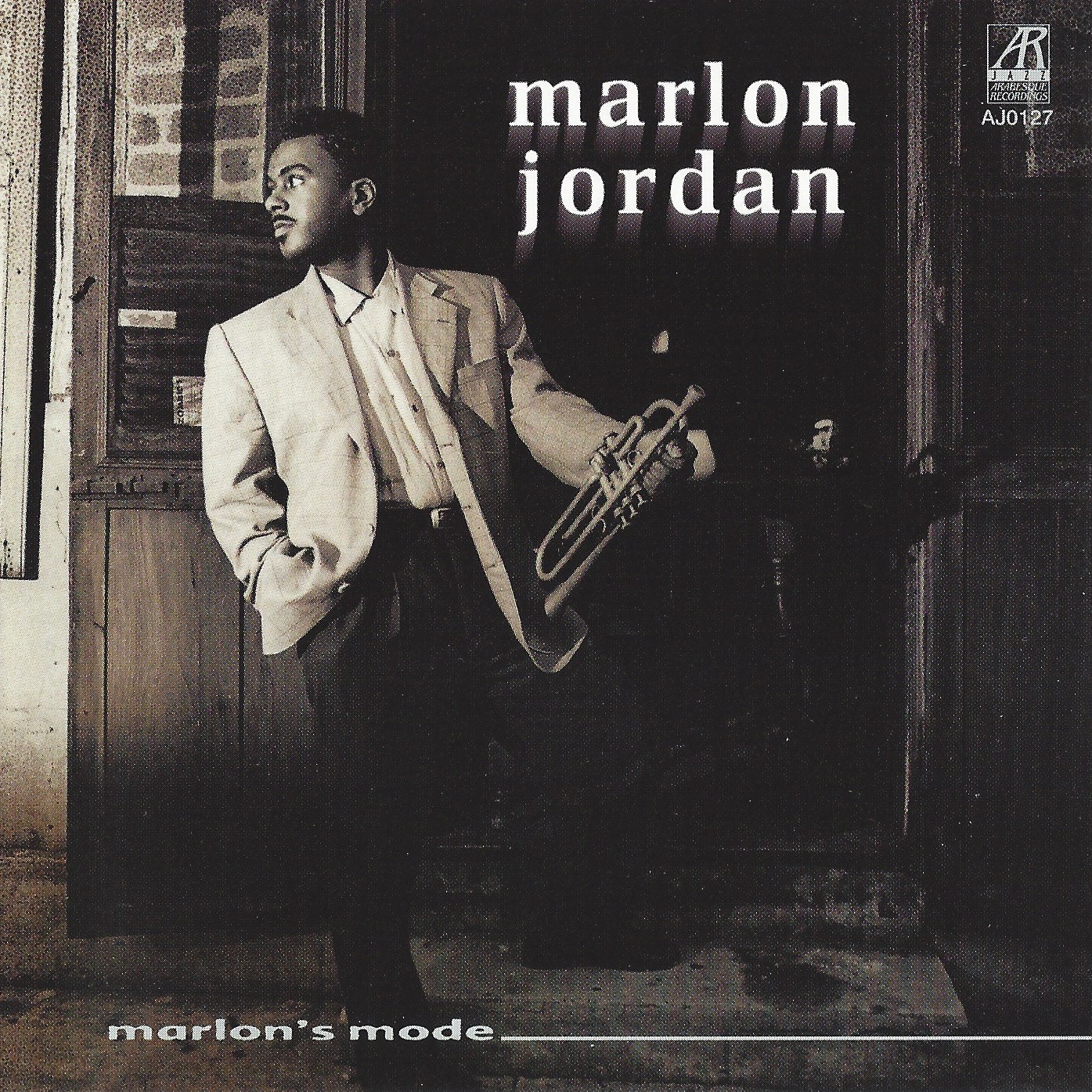 Marlon Jordan was born August 21, 1970, youngest of seven children of musician-educator Edward Jordan and Edvidge Jordan, a classical pianist. “I started out playing saxophone, violin and drums,” says Marlon, “but the trumpet was the instrument that stuck with me.” His father, Sir Edward Jordan (he is the recipient of a French chevalier of Arts and Culture), better known as “Kidd” Jordan, is New Orleans’ upholder of the avant garde jazz tradition, as well as a professor of music at Southern University in New Orleans. Marlon recalls his father literally taking him on the bandstand “even before I really knew how to play. He’d introduce me to all the musicians, and they’d call me up on the stand. They’d say, ‘Come on. That’s Kidd’s son. Let him play.'”

Marlon started music lessons when he was in the third grade, and in fourth grade settled on the trumpet because he liked the way it sounded and “it looked easy. It didn’t have too many keys on it like the saxophone did. – Little did I know what I was getting into.”

As Marlon continued his musical studies he had the day to day inspiration of Wynton Marsalis, Terence Blanchard, and many others to draw on. The young musicians often hung out at the Jordan household where they would practice music with Kent Jordan and take lessons from Edward Jordan.

By the time Marlon graduated elementary school, he was determined to attend the (by then) well established route of matriculation through NOCCA (New Orleans Center for the Creative Arts), private lessons, constant performance in the streets and nightclubs of New Orleans, solo classical performances with the New Orleans Symphony Orchestra, and summer camp sessions.

Marlon has consistently performed classical music and jazz. Beginning in ninth grade, when he won an audition to become the featured soloist with the New Orleans Symphony on through two successive years (1986-87), Marlon has successfully met the challenge of technical mastery demanded by classical music even though he was still a young teenager.

In 1990 his debut album as a leader “For You Only” was released by Columbia Records and was the source of unanimous praise from the press, even been named “one of the best debut albums of the year” by the Washington Post.

Following the debut album’s release, Marlon took his quintet on the road. They joined Wynton Marsalis, Miles Davis and George Benson as a headlining act in a series of JVC Festival dates (produced by George Wein) in Atlanta, Dallas and other cities. They also played in some of the country’s top jazz clus, including the Blue Note and the Ritz, as well as in concerts ranging from New York’s Avery Fisher Hall to Binghamton University.

Marlon understood that his continued growth as a musician depended on his ability to stake out his own musical ground, and not just to play standards. Following up on his own ideas, he wrote five of the tunes on his second Columbia release “Learson’s Return” (April 1991).

Following a series of quintet dates immediately following the album’s release in the spring ’91 (highlighted by a run at the Village Vanguard), Marlon joined up with “Jazz Futures” – George Wein’s brilliantly-conceived ‘supergroup’ of “Young Lions” – virtually playing every major jazz festival and outdoor ‘shed’ on the circuit.