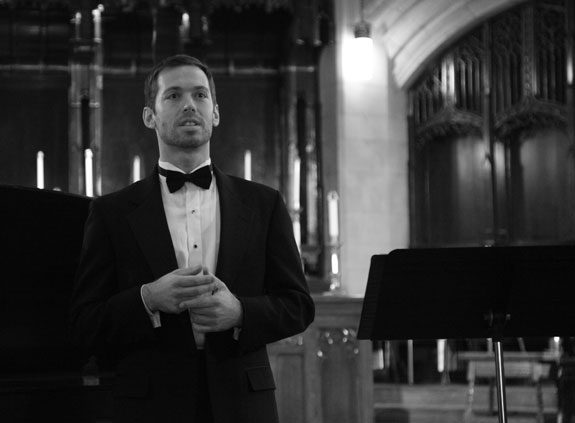 “He has a young but polished and mature voice, a very masculine tenor, with complete control through his whole dynamic range. By turns his singing is delicate, powerful, intimate, commanding.” – Classical Voice, 2014

“His voice is rich and creamy, but divulges a brightness even in the lower ranges. He can reach the higher notes with seeming ease, and nothing here ever poses a challenge to his considerable vocal technique.” – Classical Net, 2014

Darren Chase is the winner of the 2013 American Prize in Art Song. He has recorded two albums, Robert Schumann: Liederkreis and The Young Debussy and recently published a beginner’s singing manual titled Singing from the Inside. Darren’s newest project is a concert tour of Schubert’s Winterreisewith performances in the original German as well as his own English translation: thewinterjourney.blogspot.com

In addition to his musical endeavors, Darren teaches English at the New Design High School, a public school in his Lower East Side neighborhood.