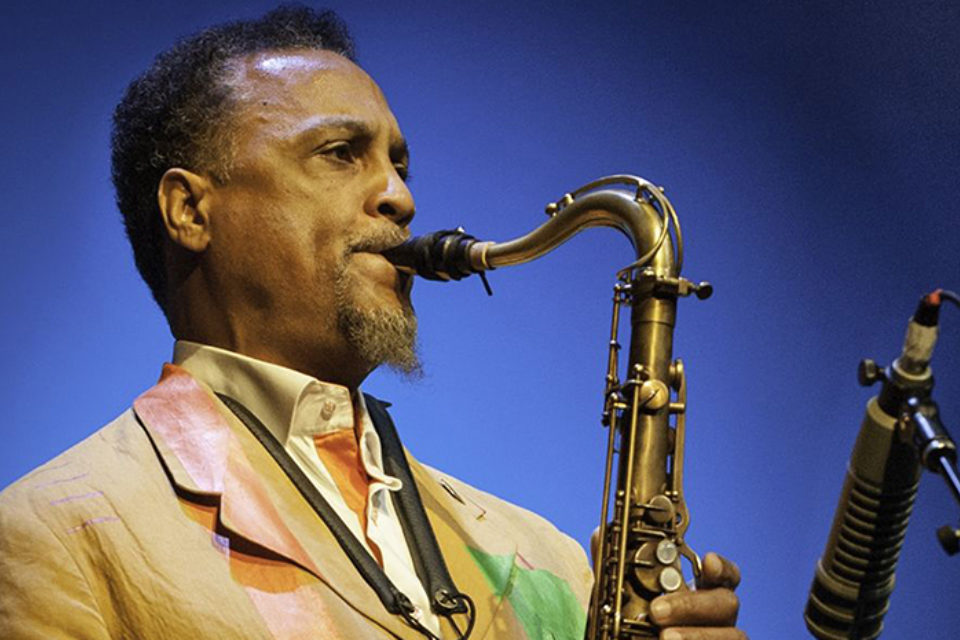 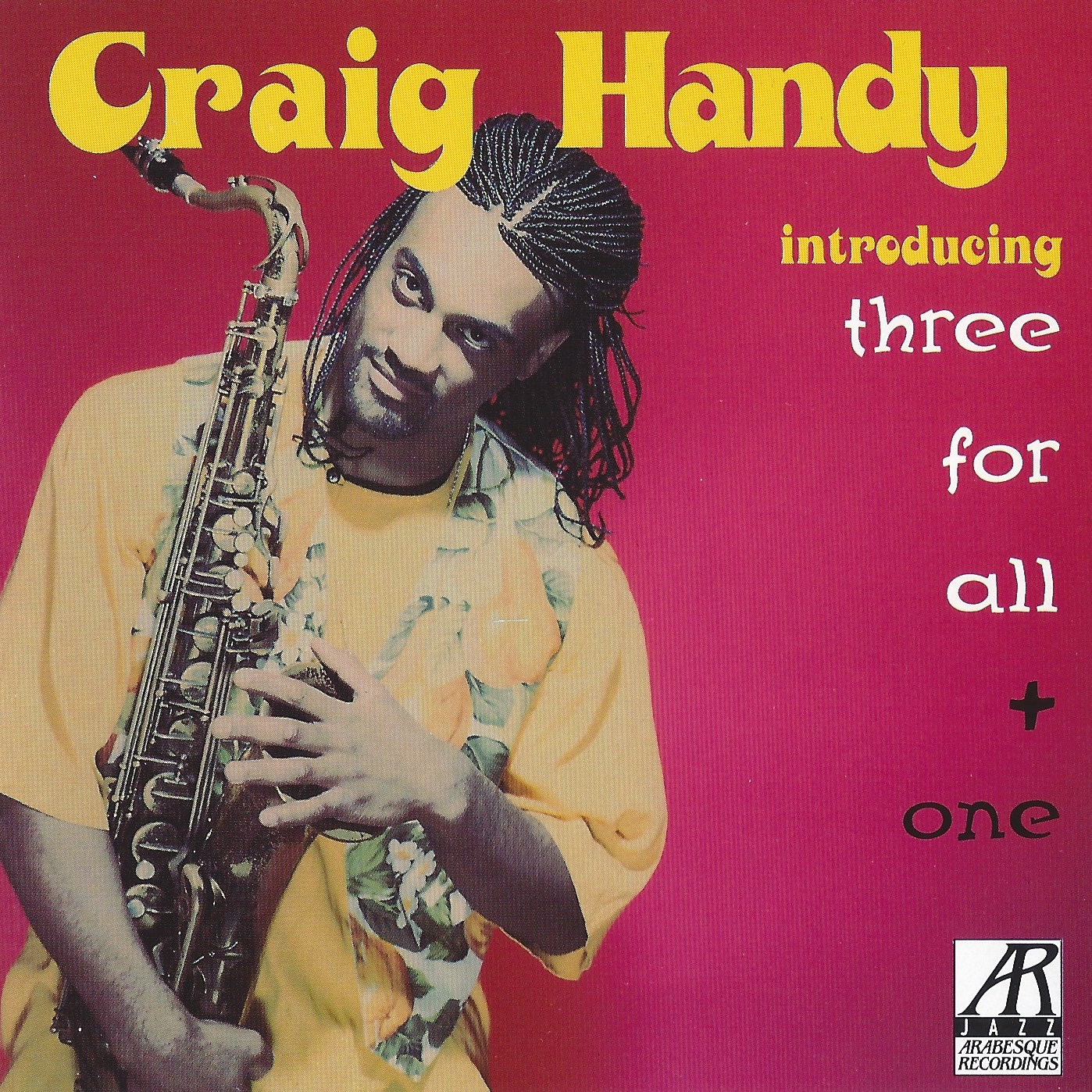 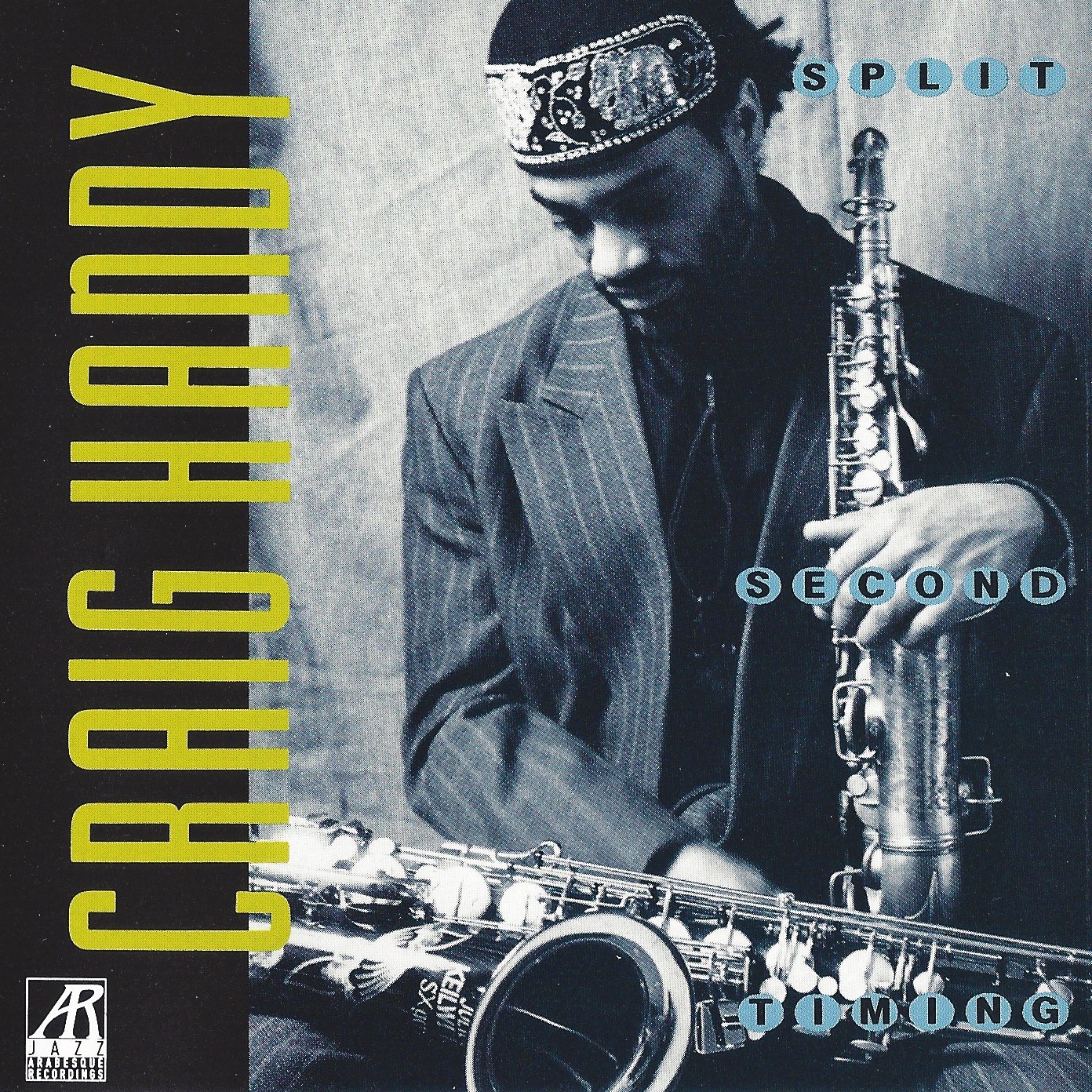 From the time he arrived in New York at age 23 in 1986, saxophonist Craig Handy was acknowledged as a musician with big, burly tenor sound, sharp wit, and above all, individuality. Over the next few years he would breath life into those accolades through a number of important associations: holding his own on the front line of legendary bebop drummer Roy Haynes’ band, working with South African pianist Abdullah Ibrahim, and weaving sensuous obbligati behind Betty Carter on the kind of tunes most young artist are presumed not to understand.

Handy cites each experience as having a profound impact on his development. “Working with Ibrahim taught me a lot about thematic development,” states the saxophonist. “He lays down simple melodies that build on each other, and listening to his compositions remind me of great architecture.”

Recalling the time he spent with Betty Carter describes her as “a wonderful songstress, great mentor, and nurturer who instills confidence.” And in Haynes he found a master timekeeper who can teach you when to jump and when not to. “He’s like a cat in the jungle,” Handy notes. “He judges very carefully, that moment when he can capture an audience, then at just the right time he pounces!”

Handy has also contributed a Mingus-like brash and confidence tone to the Mingus Dynasty – an association which led to another imporatnt connection. I was playing with Mingus Dynasty at the Bottom Line when I first met Bill Cosby,” Handy recounts. “He came up and introduced himself and said that he was going to call me. I thought ‘yeah, right.’”

Cosby did call Handy, and invited him to be the featuerd artist on the recording of the theme for the “Cosby Show” for the 1989-90 season. Handy would also go on to score, produce and perform the music for the 1994-95 season of “The Cosby Mysteries”. It wasn’t long after the lesson of his New York apprenticeship that Handy made his recording debut as a leader. In 1992 the Arabesque label released “Split Second Timing,” an album named after something Handy heard onstage nightly during his tenure in Art Blakey’s band in 1989. “Blakey used to sasy the music came ‘from the creator to the artist, direct to you the audience with split-second timing.’” Recalled Handy.

Two years later in 1994, also for Arabesque, Handy recorded “Introducing Three For All + One.” Featuring the saxophonist primarily in trio with bassist Charles Fambrough and drummmer Ralph Peterson, “Three For All” was acclaimed by CD Review as “one of the leanest, meanest groups playing jazz.”

“What’s most dazzling about his second disc is his individuality,” wrote Norman Weinstein for the Boston Phoenix. “Handy soars. He transforms ‘Spinning Wheel’ by Blood, Sweat & Tears into cubist calliope music. He empties the sappy sentimentality out of standards by Gordon Jenkins and Marvin Hamlisch, replacing them with taut passion. Already a technical master in his 20s, he has, unlike many of his generation, decided that what comes after technique is haunting communication.”

Another significant phase in Handy’s career was the work he began in the mid-80’s with Haitian and salsa bands. “Those bands were killing rhythmically,” exclaimed Handy. “The rhythms would loop over each other creating a texture and soundscape that’s very sophisticated and funky. The artists in these bands also paid special attention to phrasing and playing together, and these are elements that are common to good musicianship in any idiom.”

Born in Oakland, California on September 25, 1962, Handy played guitar, trombone, and piano before he fell in love with the saxophone after hearing Dexter Gordon on the radio. “I was captivated by the deepness and the richness, the robustness of Gordon’s tone,” says Handy. “The directness of his ideas also impressed me.”

After participating in the renowned Berkeley High School jazz program – which also produced David Murray, Peter Apfelbaum, Benny Green, and Joshua Redman – Handy earned the highly competitive Charlie Parker Scholarship award which allowed him to study at North Texas State University. He attended North Texas for two and a half years, majoring in psychology and playing in the school’s prestigious One O’Clock Lab Band.

More recently, Handy appeared on two recordings for the “Chartbusters,” a band comprised of Handy, alto saxophonist Donald Harrison, organist Dr. Lonnie Smith and drummer Idris Muhammad. Released in 1995 on the NYC label, the group’s first disc, the critically acclaimed “Chartbusters! Volume 1,” paid homage to the Blue Note records of the late ‘50s and ‘60s. “Mating Cal,” the groups second album which was co-produced by Handy, has been released by Prestige. In the fall of 1996, Handy can be seen on the big screen in the Robert Altman film titled “Kansan City,” portraying a character based on the late Coleman Hawkins. Also in 1996, Handy can be seen touring with one of the most prominent voices in modern jazz – pianist Herbie Hancock.

“Herbie is perfection personified,” Handy observes. “He is one of the most modern cats around and has all the weaponry. One of my favorite solos by him is featured on ‘Seven Steps To Heaven.’ On that tune, he plays two of the most perfect choruses in jazz history – stacking right up there with Charlie Parker. When I hear his compositions, I’m reminded that despite all the negativity in the world, all of humanitiy does share emotions like joy and hope. Herbie’s music unites people. He’s definitely one of my heroes and to tour with him is like a dream come true.”

Handy will undoubtedly fulfill many more dreams, as he strives to contribute his own perfect choruses to jazz history.